Our team of experienced physiotherapists in conjunction with our close links with specialists, allows a holistic approach to treatment and injury management. 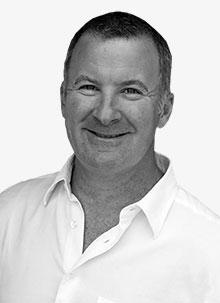 Mick has extensive experience in a wide range of sports at club, state, national and international level including athletics, swimming, triathlon, rugby league, AFL, rowing, gymnastics and water polo. A previous physiotherapist to the NSW Waratahs, he continues as a consultant to the Waratahs Rugby Union and the Swans Academy AFL teams. Mick has spent 12 months as the Physiotherapist to the Australian Women’s Rugby 7’s team, helping them to prepare them for the Rio Olympics where they won the Gold Medal.

Mick remains passionate in the education and mentoring of not only his staff but also his fellow colleagues both within the Stadium Orthopaedic and Sports Medicine Centre and the wider physiotherapy and allied health sphere. A former high school teacher, Mick has continued using the skills he has gained through his education background in teaching at The University of Sydney in the fields of anatomy, human biology and neurophysiology. More specifically, Mick has been a clinical supervisor in the Masters of Sports Physiotherapy programs at the University of Sydney and Latrobe University. Mick has taught extensively on pelvic and rib dysfunctions, hip and groin injury and treatment at Level 1, 2 and 3 Sports Physiotherapy Courses. Previously on the NSW and National committees of Sports Physiotherapy Australia, he continues to be active as an examiner for the SPA Sports Titleholder Program.
Mick’s special interest is in injuries of the groin, hip and pelvis. He also has extensive experience in all sports injuries, orthopaedic rehabilitation and casting, and general musculoskeletal physiotherapy including spinal and rib dysfunctions.

Mick is a keen golfer but wishes his skills matched his visions of being the next Major winner. He has a deep appreciation of good food, wine and beer, which does not seem to help his golfing ambitions. Maybe the Seniors Tour?

James joined Stadium Sports Physiotherapy in 2012 and quickly integrated into the sports and orthopaedic physiotherapy programs. James completed  his Masters in Sport Physiotherapy and graduated from La Trobe University in October 2014.

Previously he has worked with Cath Emmerson, continuing the strong and warm relationship among all of the physiotherapy team at the Stadium.

James has worked with teams and players from amateur to professional levels, particularly in cricket, AFL and rugby.

Since 2015 James has been providing coverage to the Sydney Swans Academy which has included training, match day and travel with the team.

James enjoys playing most sports and has previously played cricket at Sydney University, competes in triathlons and completed an Ironman Triathlon in 2013. 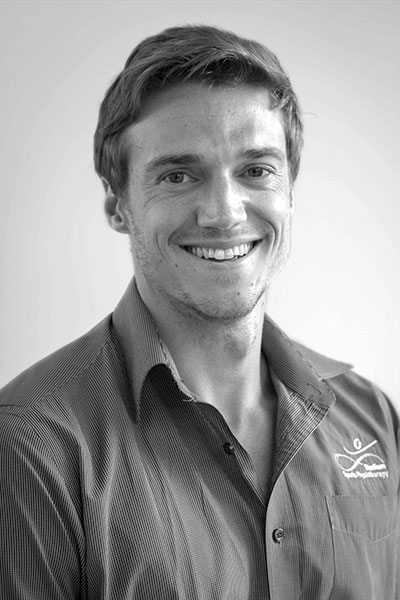 Justin joined Stadium Sports Physiotherapy in August 2014. He completed his Bachelor of Physiotherapy at Sydney University in 2008 and was awarded the Vice-Chancellor scholarship in 2007 for academic and sporting excellence. He continued his education completing his Masters of Sports and Musculoskeletal Physiotherapy at Griffith University, where he was awarded a certificate of academic excellence for maintaining a distinction average.

With a background in elite track and field athletics – Justin is a 3 time Australian Champion for the 110m hurdles – he has a passion for treating sports injuries, most specifically running and lower limbs, working with other athletes to achieve their sporting goals and strength and conditioning in the elite sporting population.

Justin has worked in a private practice setting for over 6 years, treating a wide variety of sports and orthopaedic injuries. This is combined with extensive on-field sporting experience having worked with NSW Athletics, Australian Youth rugby, Australian Masters Hockey and a number of school and club teams.

Justin has also been appointed to work with the Sydney Swans Academy from January 2015. Working alongside James, he will be providing physiotherapy coverage for training sessions and travelling with the team for games.

In between working and athletics training, Justin loves trying new cafes and sourcing good coffee. He likes being anywhere that’s warm, particularly the beach, and he is a keen scuba diver. 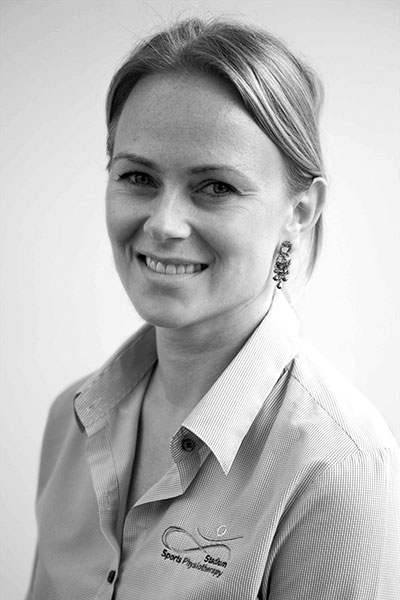 Peta has 13 years experience as a physio, with a special interest in the pelvis, hip, thoracic and rib injuries. With a background in exercise and sports science, she also has a special interest in the education and development of exercise programs for a variety of clients from elite level to the weekend warrior, as well as women in pregnancy or new mums keen to return to exercise safely. She has extensive experience in working to develop appropriate lumbo-pelvic and thoracic control, as well as addressing pelvic floor issues in athletes.

Outside of work Peta loves travelling, hiking and is a keen runner.

We are yet to see how her baking skills measure up! 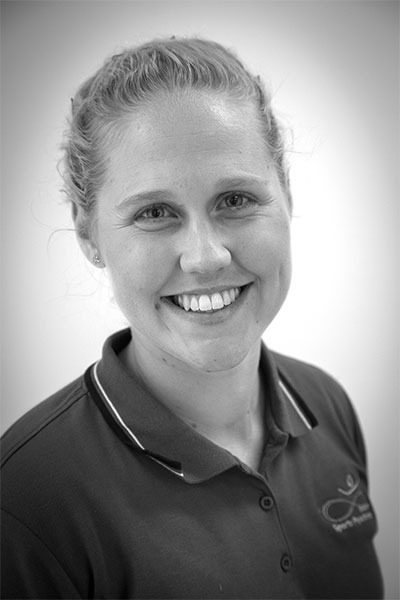 Kara joined Stadium Sports Physio in March 2015. She has always had the desire to work as part of a multidisciplinary team and was drawn to this clinic in 2014 when she spent some time here learning from our experienced physiotherapists.

As a current New South Wales Softball representative and past Australian Institute of Sport scholarship holder, Kara has sustained a number of injuries herself. From this, she has developed a passion for treating the sporting population and has an increased understanding of the importance of correct rehabilitation. Her particular interests lie in the treatment of knees and shoulders.

Since joining the workforce in 2014, Kara has worked with the television show “The NRL Rookie”, Sydney Swans Academy, Sydney University AFL, NSW Softball and NSW Athletics. She intends to continue her education in this area and complete a Masters of Sports physiotherapy in the near future.

After her morning coffee, Kara has a very vibrant personality and is always up for a good chat and a bit of banter. In her spare time, she enjoys travelling, exercising, baking and catching up with friends and family. 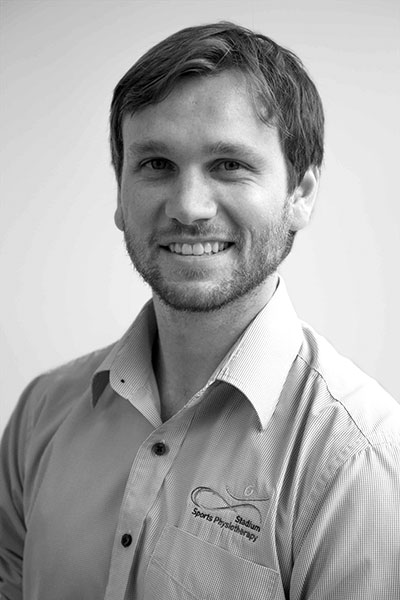 Josh joined Stadium Sports Physiotherapy in May 2016 after migrating north from Melbourne. He completed his Bachelor of Physiotherapy at Sydney University in 2012 and quickly moved into the private practice and sports injury setting.

While in Melbourne, Josh worked under highly qualified and specialist physiotherapists to gain significant experience in the management of sports related injury and complex pain presentations. In this time he worked with a number of AFL sides and learned to appreciate the Victorian obsession. As a result, he developed an interest in the treatment of lower limb injuries, tendinopathies and shoulder injuries, part taking in a number of professional development courses to further his expertise in treating these conditions.

Josh has always been an active person himself, playing competitive soccer in his glory years, but finds himself surfing, skating or pavement pounding more often now that those days are done. His enthusiasm for all forms of sports transfers across to his motivation to guide people through their own injuries with the best possible rehabilitation and outcome.

Josh now has over 3 years of private practice experience, having treated many different injuries and patient types and is looking to continue his learning and growth as a physiotherapist here in Sydney.

When Josh isn’t at work, you will find him hovering around Manly trying new coffee joints, doing generally whatever his dog wants to do or sourcing new craft beers to taste. 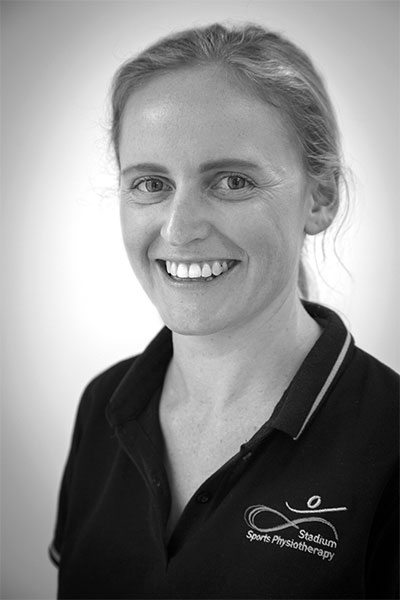 Elyse is a passionate physiotherapist who graduated from the University of Sydney in 2013 with a Masters of Physiotherapy. She has a keen interest in Sports and Musculoskeletal Physiotherapy with a focus on biomechanics. Her experience ranges from working with Cricket NSW, Netball NSW, Marconi Stallions Football Club, The Australian Futsal team, North Shore Mariners, Sydney Grammar Rugby Union and Southern Districts Football Association. As a young athlete, she competed at regional and state levels for athletics and cross country. Elyse has a strong focus on manual therapy as well as a patient specific exercise program.

Highly motivated and passionate Physiotherapist with a demonstrated record of strong academic achievement. Organised and efficient with excellent communication and time management strategies. Keen interest in Sports and Musculoskeletal Injuries with a strong focus on Manual Therapy, Biomechanics and Exercise prescription. Cricket fanatic with a lifelong passion and demonstrated an aptitude for sport and health science. Experience working with high-level athletes in the clinic and on the field. Passionate about gaining further knowledge and experience.

In her spare time, Elyse enjoys running, travelling overseas and watching sport (especially cricket). Her goal is to one day become a physiotherapist for the Australian Cricket Team. 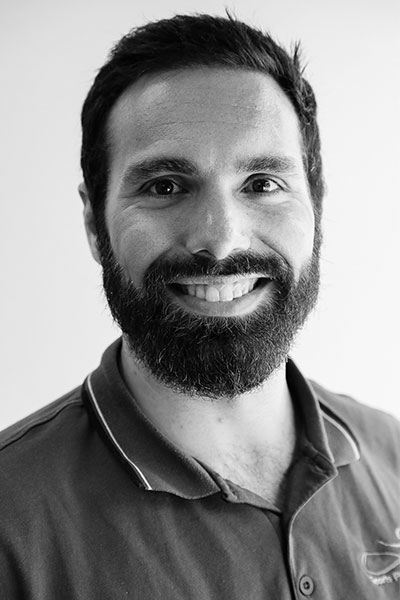 Luke graduated from Sydney University in 2011 after having previously worked as a Biomechanist and Strength and Conditioning coach. Luke completed a new graduate year at St Vincent’s hospital, before diving into private practice due to a keen interest in both Musculoskeletal and Sports Physiotherapy.

Luke is a current APA member and is a passionate sports fan, mainly following AFL and soccer. He enjoys living an active lifestyle and is always happy to share his knowledge of exercise and health. Being from Melbourne originally, his favourite sport is AFL and he follows the Bombers… but don’t hold that against him. 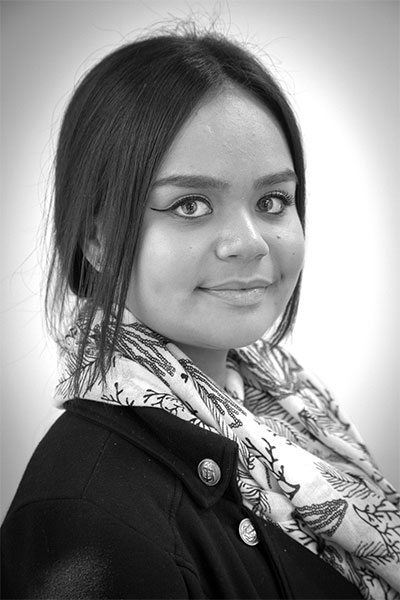 Louise is the youngest member of the administration team and joined us mid January 2015.

Louise is currently studying Exercise and Sports Science at Australian Catholic University. Her interests include health and nutrition, and she would like to peruse a career in exercise physiology on completion of her course.

She also enjoys hanging out with friends at the beach, enjoys singing and going to the gym. Louise is also an avid Dragons supporter and All Blacks fan! 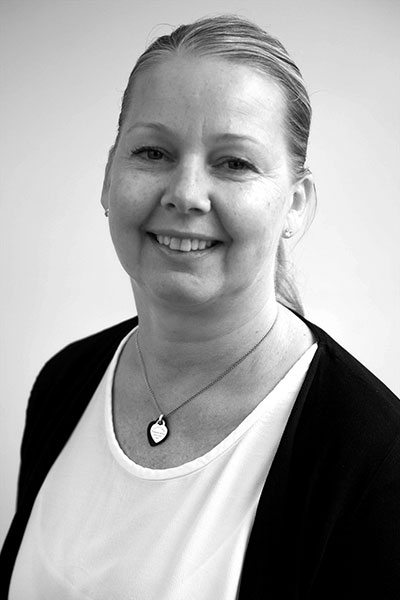 Cassie has been working part time for The Stadium for the past year. With a background as an Account Manager in Advertising before moving into more Administrative and Marketing Support roles, she is able to provide Mick with support on any office and marketing projects that are in progress.

When she is not racing around to various sporting fields with her two boys, she is walking endless kilometres with her two very energetic Staffies, trying to wear them out!